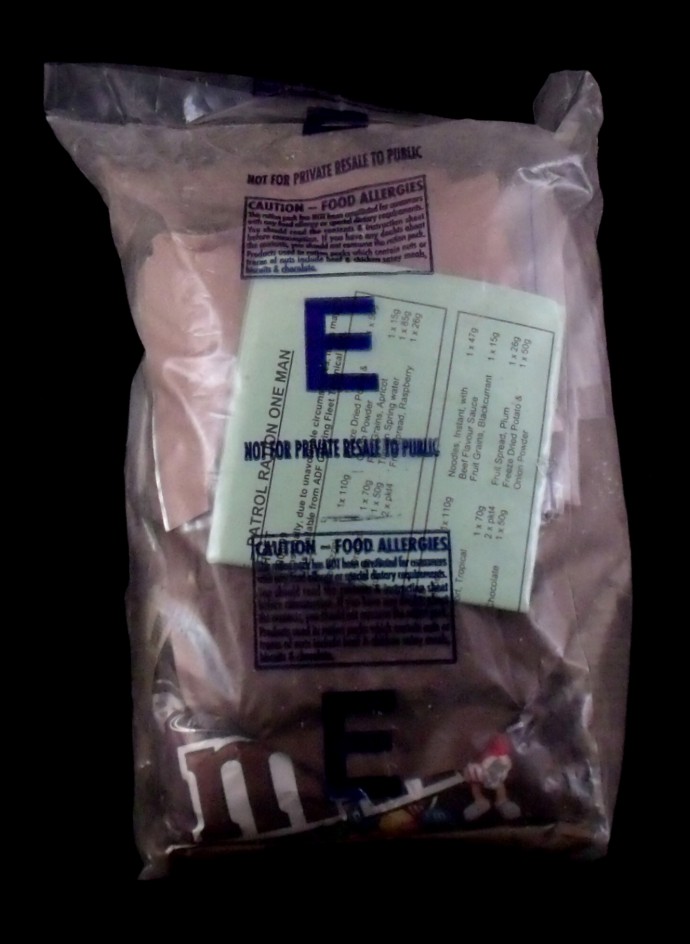 The Patrol Ration One Man, or PR1M is an individual field ration provided by the Australian military. This is the lightweight counterpart to the Combat Ration One Man (CR1M) and uses freeze dried entrees as opposed to the heavier thermostabilized, retort pouched entrees in the CR1M. Freeze dried food reduced the overall weight to roughly 60% of the ready to eat CR1M.

These rations generally contain two main meals, an energy bar for a mid day snack, as well as various sundries. The Australian sundries packets contain a scouring pad infused with detergent, making for a more thorough post meal cleanup than most.